Using the Trayport Joule system, MIBGAS and MIBGAS Derivatives agents can trade spread products between different delivery points or venues. This is possible with the implied orders that are generated in Trayport.

When a user takes one of these spread orders, two trades are simultaneously generated in Trayport, one per delivery point or venue. To negotiate the spreads, the aggressor user must be registered in both venues.

The following document describes how to configure the spreads between the PVB of MIBGAS and other venues in Joule screen, specifically the TTF negotiated in ICE and EEX and the PEG of EEX, in addition to the spread with the TVB and VTP that are currently negotiated in MIBGAS. 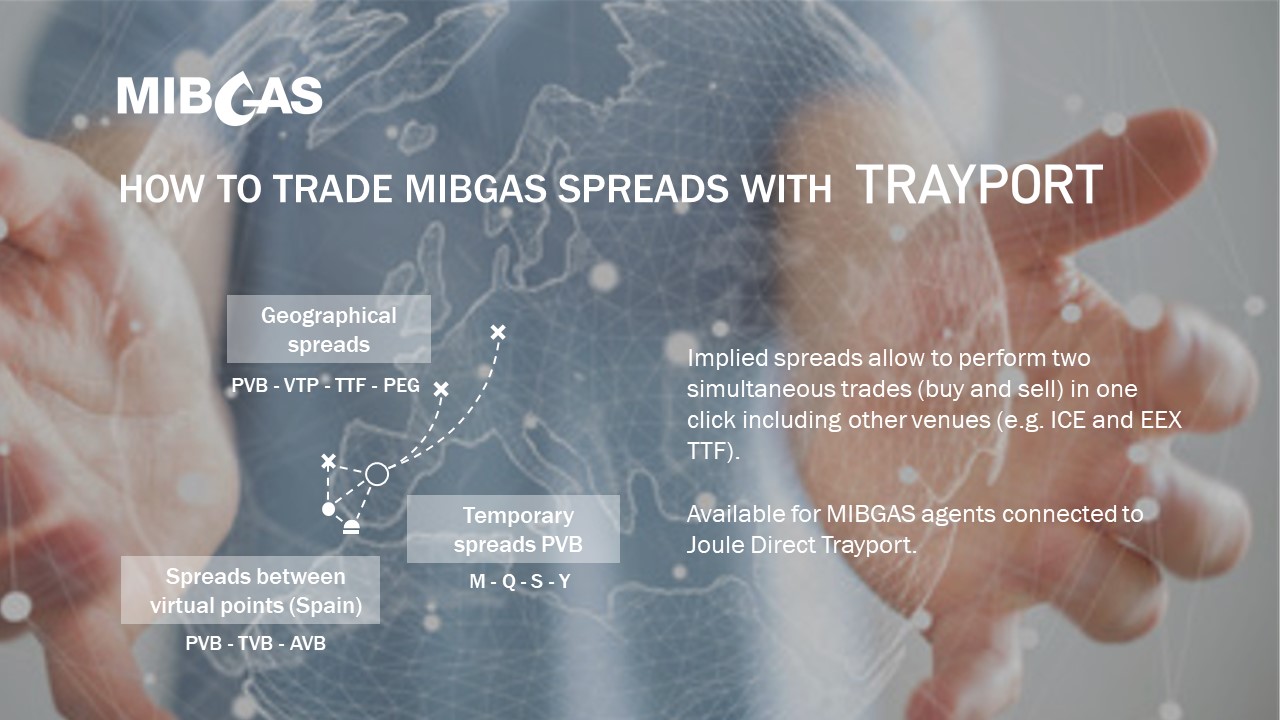